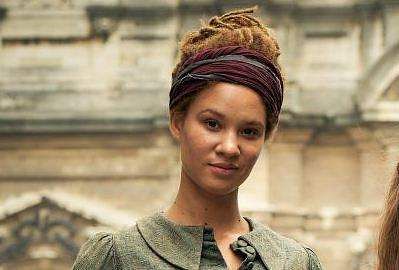 
The upcoming season two of The Wheel of Time has added actor Ayoola Smart to its cast. The actor will play Aviendha in the series.

First introduced in The Dragon Reborn, the third novel in Robert Jordan’s The Wheel of Time book series, Aviendha is a Wise One, one of the matriarchal leaders of the Aie, and one of the strongest known female channelers. Aviendha also goes on to become one of Rand al’Thor’s (Josha Stradowski) main romances, alongside Min Fashaw and Elayne Trakand (Ceara Coveney), two characters who are yet to be introduced in the series. In the last season, Rand was still reeling from his relationship with Egwene (Madeleine Madden).

Showrun by Rafe Judkins, the production of the series is underway in Prague, Czech Republic. An official release date is yet to be announced.