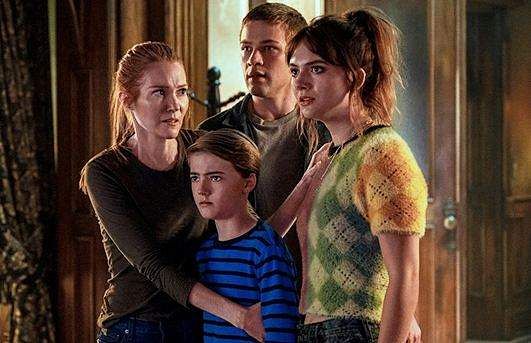 
Netflix’s supernatural thriller series Locke & Key will be coming to an end after its upcoming third season.

Showrunners and executive producers Carlton Cuse and Meredith Averill said in a statement, “Once we began working on the series, we felt three seasons was the ideal length to bring the story of the Locke family and their Keyhouse adventures to a satisfying conclusion. As storytellers, we are grateful that we had the opportunity to tell our version of Joe Hill and Gabriel Rodriguez’s incredible story exactly the way we wanted. We’re keeping the magical keys, though, for our own personal use.”

Based on Joe Hill and Gabriel Rodriguez’s comic book of the same name, Locke & Key follows the titular Locke family moving into their deceased father’s family home, Keyhouse. The Locke children explore the different keys and their unique powers, that open doors to some mysterious, magical adventures.

The second season of the series premiered in October 2021. An official release date for the third season is yet to be announced.

Along with Cuse and Averill, other executive producers of the series are John Weber and Frank Siracusa (for Take 5), Kevin Lafferty, Hill, Ted Adams, Chris Ryall and Lydia Antonini (for IDW), Andy Muschietti, Barbara Muschietti, and David Alpert and Rick Jacobs (for Circle of Confusion).