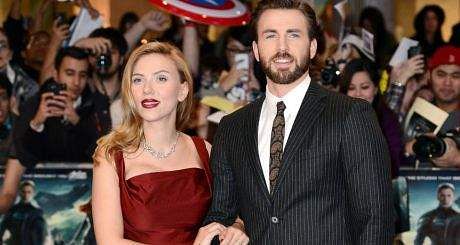 
Chris Evans and Scarlett Johansson, the duo famous for starring in Marvel’s Avengers, will play the lead in the upcoming film Project Artemis.

Jason Bateman, executive producer and actor of Netflix’s Ozark will direct the film from a script written by Rose Gilroy. Johansson will serve as a producer with Jonathan Lia and Keenan Flynn. The film will be produced under Bateman’s Aggregate Films banner.

Sources close to the production claim that the film will take place during the iconic space race between Russia and America throughout the mid-20th century.

Apple has purchased distribution rights for Project Artemis. Apart from this, the streamer has major titles like Martin Scorsese’s upcoming Killers of the Flower Moon and the Taron Egerton-starring Tetris.

Johansson is also set to appear in Apple’s Bride this year, while Evans has Russo Brothers’ action-thriller The Gray Man in the pipeline.