While it was a given that Rahman’s posts on social media went viral, it was Ameen’s photos from the global event that took the internet by storm.

Because Ameen’s photos were with members of the South Korean band BTS.

In a video shared on his social media account, we can see Rahman having a conversation with music producer David Chua Boon Ghee. 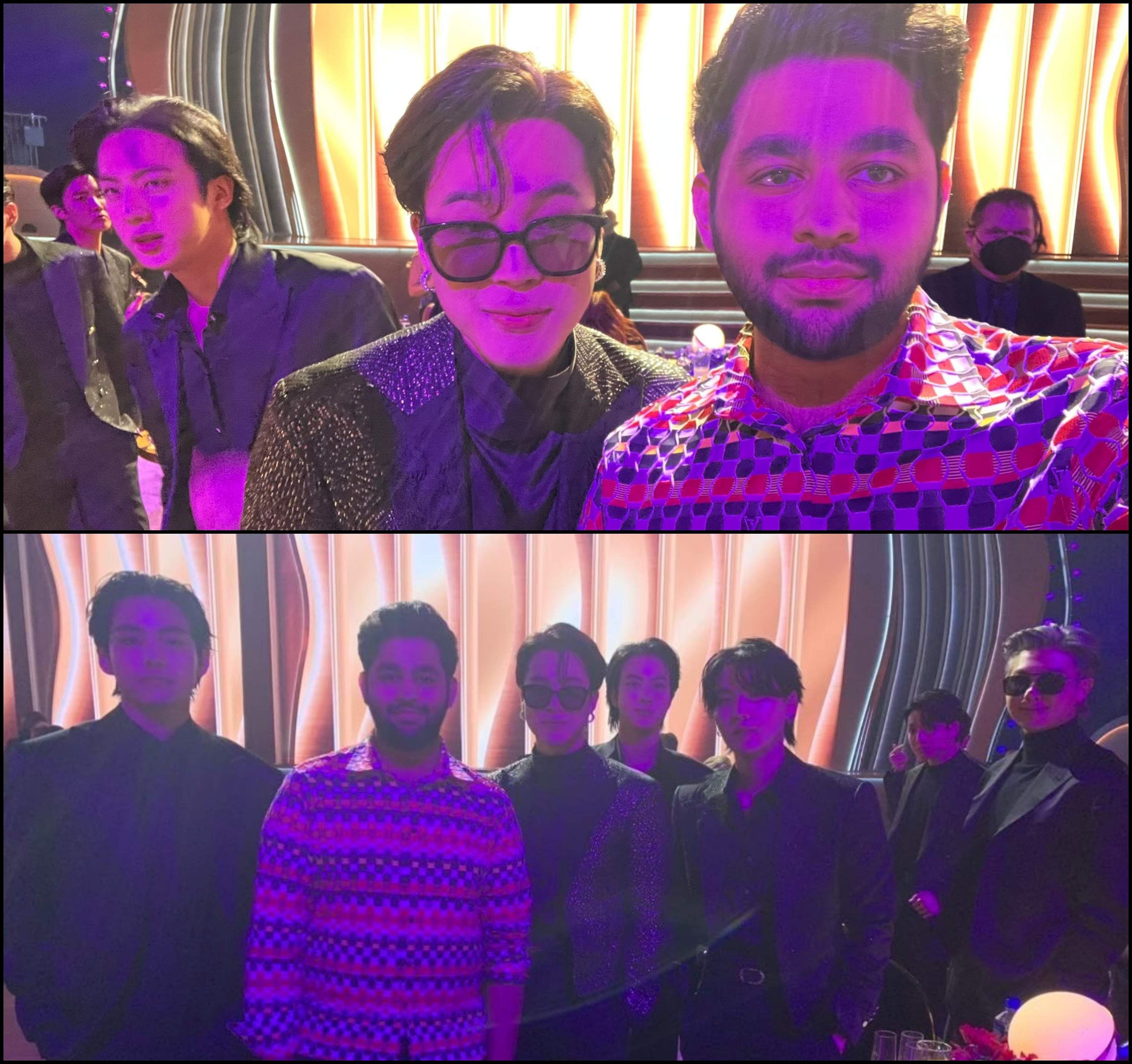 Incidentally, the Indian connect at the Grammys was strong with rapper-songwriter Divine making his red carpet debut at the awards night. Apart from sharing a series of photos taken at the event, Divine also shared a post from hip-hop producer Phenom (Pinaki Rattan) and said, “It’s a celebration for the whole Indian rap movement that one of us is right there reppin (sic)”